Tourist places near by
Villa Zoe

There are many exciting places to visit in Thassos. The entire island is a tourist heaven. And our Villa serves as a gateway to all these interesting hotspots. 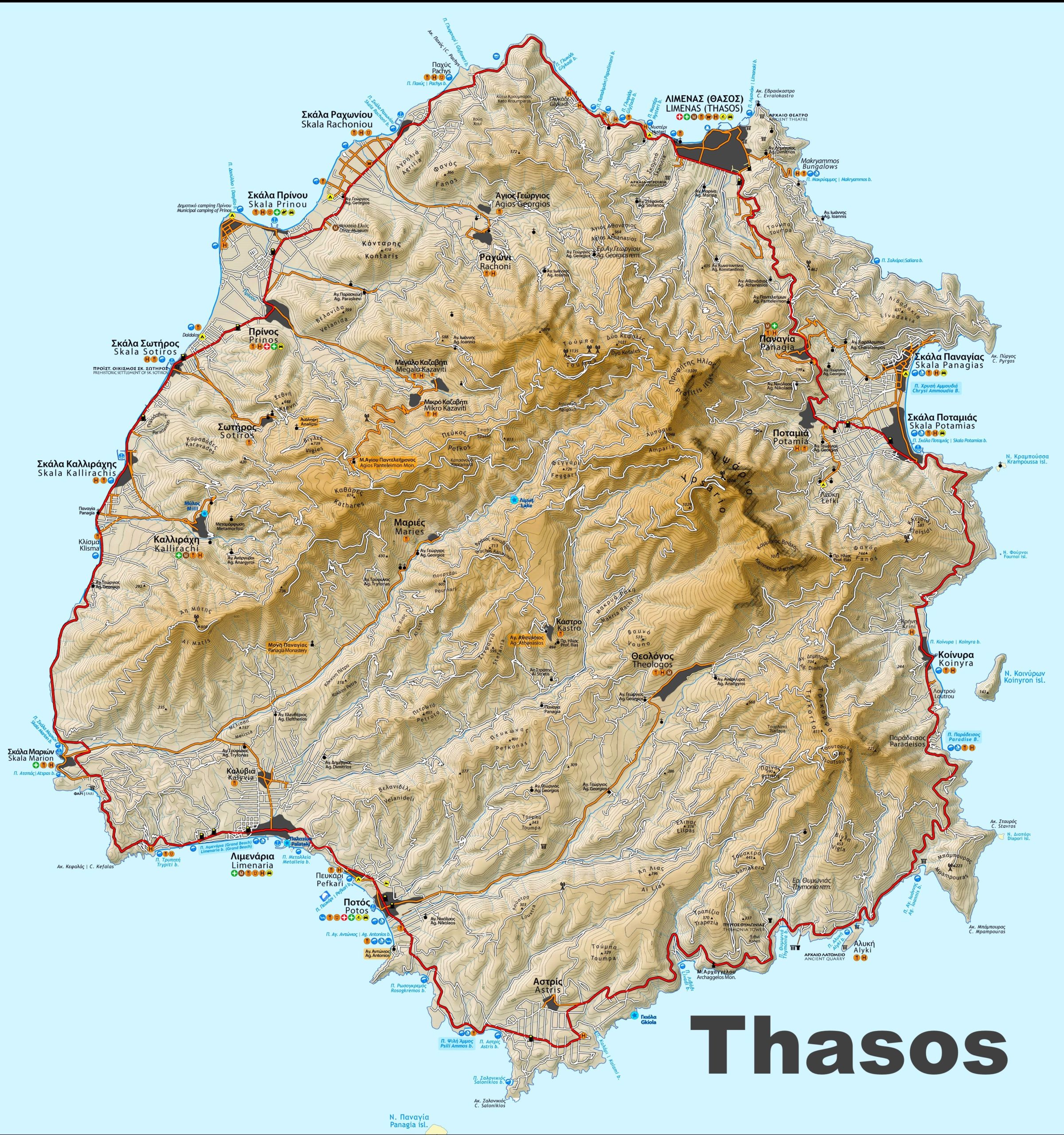 Drive on dirt roads to the mountains of Thassos with a four-wheel drive! Enjoy the nature and the magnificent pine forest, drive to the village of Kastro or conquer the top of the island in Ypsario.

Νumerous cafés, bars, shops and kiosks all providing a very wide range of necessities and souvenirs. All of the facilities are within walking distance, and it is a very pleasant environment to walk around, and absorb the simplicity of this way of life which hasn't changed for many, many years.

Limenaria became widely known due to the existence of the mineral ores used by the German company Spidel. Its headquarters were housed in a monument that locals call Palataki, a sample of 19th-century architecture and is still preserved today.

Giola Thassos is a natural pool which has been carved out of the rocks over millions of years. It can be found in Astris which is located in the south of Thassos.

Lake and waterfalls is in the village of Maries. It is an artificial lake surrounded by dense pine trees. There are kiosks and benches in the area where you can relax and enjoy nature.

Kastro is the oldest settlement of the island and is located 12 km northeast of Limenaria. Its name was named after the ruins of the castle, which was built in 1403.

In the village there is the church of Agios Athanasios which was built in 1804, in 40 days, with the permission of the Sultan. The whole village helped with its construction and used stones from the castle wall. The church is open on the last Saturday of every month and celebrates on January 18th where a festival is held.

It is a women's monastery and is spiritually dependent on the Athos monastery of Filotheos. In the Holy Monastery is preserved a piece of the Holy Cross, part of the nails of Christ's crucifixion.

We do not know exactly when the monastery was founded, but an official document of 1287 makes reference to it. In 1835 repairs were made, as witnessed inscription on the west entrance of the temple. In 1974 the first nuns came with a philosopher monk and worked hard to transform the deserted monastery.

The Ancient Theatre of Thassos is of seductive beauty. It is built on a hillside, at the feet of the Acropolis, and has a panoramic view of the port and the city of Thassos.The father of medicine, Hippocrates, who lived in Thassos studying its therapeutic herbs, mentioned the existence of the theatre as early as the 5th century BC. The theatre was renovated in the 4th century BC, and once again during the Roman times, when it acquired its present form.It was made entirely of white Thassos marble, both the koilon (audience) and the skene (scene). Today efforts are still being made to restore the marble seats and the theatre orchestra, and recent excavations revealed a second stage, behind the level of the first, unique in terms of archaeological data.